The Census Bureau offers resources on Hispanics and Latinos through its Minority Links and Facts for Features.

The Federal Citizen Information Center has links to federal resources and information in Spanish.

The Library of Congress offers a Web portal on National Hispanic Heritage Month. It also sponsors StoryCorps Historias, which collects oral histories from Latinos in the United States. Also see the Veterans History Project: Experiencing War: Hispanic Americans’ Service to the Nation and Experiencing War: Hispanics in Service, as well as a guide to the records of Hispanic veterans.

The National Park Service devotes a Web page to Hispanic Heritage Month. It includes the story of Freedom Tower — the entry point for thousands of exiled Cubans into Miami, now a national historic landmark — and a list of properties significant for Hispanic heritage on the National Register of Historic Places.

The Smithsonian Institution celebrates Hispanic Heritage Month and also has the Smithsonian Latino Center, which focuses on Latino heritage and culture in the United States.

The U.S. Citizenship and Immigration Services (USCIS) publishes Welcome to the United States: A Guide for New Immigrants in English (PDF, 1.56MB), Spanish (PDF, 1.64MB) and 12 other languages. An English-language brochure (PDF, 7.47KB) is also available.

The Congressional Hispanic Caucus Institute (CHCI) is a nonprofit, nonpartisan organization that aims to develop the next generation of Hispanic leadership. See President Obama’s remarks at the 2010 CHCI Awards Gala.

The Hispanic Association of Colleges and Universities works to assure Hispanic success in higher education.

The mission of the Latin American Network Information Center (LANIC), which is affiliated with the University of Texas at Austin, is “to facilitate access to Internet-based information to, from, or on Latin America.”

The Pew Hispanic Center, a project of the nonpartisan Pew Research Center, “seeks to improve understanding of the U.S. Hispanic population and to chronicle Latinos’ growing impact on the nation.”

The Population Reference Bureau recently published Immigration in America 2010, an update of the 2006 Population Bulletin, Immigration: Shaping and Reshaping America.

Finding Scholarships For Hispanics and Latinos 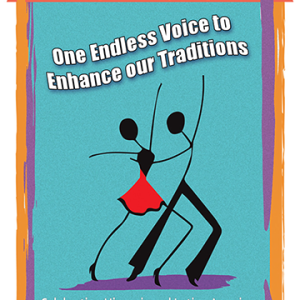