by Luis Martinez
in Hispanic History

St Augustine Florida is our Nations Oldest City. We will embark on the past events that made St Augustine what is today. On Easter March 27th 1513 the Spanish Explorer and Treasure Hunter, Ponce de Leon discovered the mainland of the North American continent.

He claimed the land for Spain. He named it La Florida that translates to Land of Flowers. St. Augustine is the first permanent European settlement in the New World. The Spanish referred to it as la siempre fiel ciudad “the ever-faithful city”.

The Spanish Expeditions, Spain’s Government launched 6 expeditions between 1513 and 1563 to settle in Florida. Unfortunately, all their expeditions failed. The French were successful in establishing a fort and colony on the St. Johns River in 1564. This was a threat to Spain’s treasure fleets that sailed along Florida’s shorelines that were returning to Spain.

Juan Ponce de Leon 1474-July 1521 Ponce de Leon was born in the village of Santerva’s de Campos. He was the first Governor of Puerto Rico by appointment of the Spanish Crown. In 1493 he volunteered to join Christopher Columbus in his second voyage to the New World. The fleet reached a major island in the Caribbean’s named Hispaniola. Hispaniola lies between Cuba and Puerto Rico.

Founding of St. Augustine-On August 28th 1565, land was sighted by Pedro Menendez de Aviles. His first goal was to dig a fortification to protect his people and supplies, as they were unloaded from the ships. He also needed to take survey of the land to determine the best location for the fort to be built. The location of this early fort is unknown but believed that the fountain of youth was possibly the original location.

First Slaves and Births-On the day Pedro Menendez arrived in St. Augustine September 8th, 1565 he brought with him the first slaves into the territory. Today as we know it is the continental United States! King Phillip afforded him three years to import 500 African Slaves. In 1566, Martin de Aruguelles was the first European child born in San Augustine of the continental United States. Documentation is in the Catholic Parish Archives.

Sir Francis Drake; 1541-1596 Sir Francis Drake was an English Sea Captain, privateer, navigator, slaver, a renowned pirate and politician in Elizabeth era. He was a devout Catholic, hero to the English but a pirate to the Spaniards.

Castillo de San Marcos-In the aftermath of many raids on St. Augustine the Spanish constructed the fort. They started construction of the fort in 1672 and were completed in 1695. The fort is built of coquina, a type of shell stone indigenous to the area and quarried from Anastasia Island.

Burning of St. Augustine, In 1586 Sir Francis Drake arrived in St. Augustine with 21 vessels. He sacked and burnt both Fort San de Pinos and the town. He also, robbed the treasury chest of 2000 pounds of treasure. 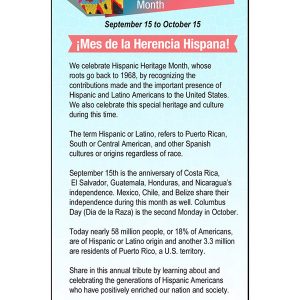