Fighting on Two Fronts: Latinos in the Military

Culturally, Latinos come from places that have long valued a tradition of military service. Historically, Latinos first entered the United States in significant numbers through war, first in 1848 in a war against Mexico and then in 1898 at the conclusion of the Spanish-American War.

Politically, most Latinos by conquest soon shifted their allegiance to the U.S., a pattern that has prevailed among successive generations of immigrants from Cuba, Mexico, and, more recently, the countries of Central America. Racially, Latinos trace their ancestry to Europe, the Americas, and Africa and, consequently, have long struggled to be recognized as the equals of whites in the U.S. For all these reasons, Latinos have not only taken tremendous pride in their record of military service, they have also adroitly used their status as soldiers and veterans to advance the equal treatment and integration of Latinos within U.S. society.

At the heart of the modern Latino experience has been the quest for first-class citizenship. Within this broader framework, military service provides unassailable proof that Latinos are Americans who have been proud to serve, fight, and die for their country, the U.S. Thus, advocates of Latino equality often note that Latinos have fought in every U.S. conflict from the American Revolution to the current conflict in Afghanistan. They also point to the significant number of Medals of Honor bestowed upon this group (44 at last count) as well as numerous other honors.[1] Although dissenting voices among Latinos have appeared on occasion, ethnic leaders over the years have fashioned a civil rights strategy that blends equal parts ethnic pride and patriotism. With each U.S. military engagement, Latino civil rights activists have insisted that wartime sacrifice merits peacetime equality. Although this civil rights strategy reached its apotheosis during the World War II era among Mexican Americans, it continues to echo today.

In 2012, even the briefest Internet search reveals an extraordinary number of books, documentaries, and websites devoted to tallying Latino military service. Testimony to how “Hispanic Americans have contributed gallantly to the defense of our Nation,” in the words of one early publication, together these accounts send the powerful message that Latinos should be recognized as genuine American heroes.[2] The message matters because of the stubborn misperception, also easy to find on the web in 2012, that Latinos comprise a largely immigrant population fraught with divided loyalties.[3] In fact, according to the 2010 census, Latinos were 62 percent native-born.[4] More important, over the years, countless immigrant Latinos have fought for their adopted country, often in the hope of obtaining U.S. citizenship.

The quest for inclusion based upon military service, moreover, affects more than just fighting men. Entire families have taken pride in their relatives’ wartime contributions while mourning their absences and casualties. These family members, moreover, have expected fairer treatment on the basis of a loved one’s wartime sacrifices. Furthermore, although a civil rights strategy focused on soldiers and sailors is massively gendered, Latinas have likewise contributed to war efforts since at least World War II. During that war, they served as nurses, administrative personnel, and as members of such auxiliary forces as the Army’s WACS (Women Army Corps), and the Navy’s WAVES (Women Accepted for Voluntary Service). That tradition of service continued in subsequent conflicts, while more recently, Latina enlistment in the armed services has outstripped that of Latinos![5] Just as their male counterparts have for so many years, Latinas today recognize military service as a vehicle of assimilation and of economic advancement. Eager to move from the margins to the mainstream, they too have turned toward the armed services.

Ultimately, a civil rights impulse frames the very topic “Latinos in the military.” Given the relative recent vintage of the term “Latino,” for example, any survey of Latinos in the military is at least in part a project of looking backward before the term existed. For that reason, the first “Latinos” to fight for American war aims were not ethnic minorities within the U.S. but colonial subjects of Spain. Even more telling, is how broadly most of these surveys define “Latino.” Historically, people whose families originally come from Mexico, Puerto Rico, and Cuba have comprised the largest cohorts of Latinos. The topic “Latinos in the military,” however, prompts mention of the exploits of those whose forbearers hailed not only from Latin America, but also from the Canary Islands west of Africa, the island of Minorca off the coast of Spain, as well as directly from the Iberian Peninsula, including Portugal![6] From a civil rights perspective, however, such chronological and geographical inclusivity makes sense. A Latino definitional umbrella stretched as wide as possible neatly maximizes the number of Latino heroes and, implicitly, strengthens the argument that all Latinos are deserving of first-class citizenship.

Tags: LatinosLatinos in the Military

All about Hispanic Heritage Month 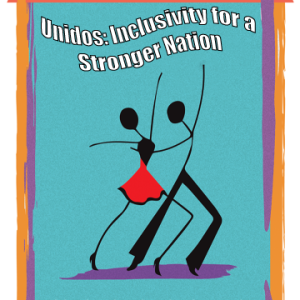