As we celebrate Hispanic Heritage Month, I join Americans across the country in honoring the innumerable contributions of Hispanic Americans to U.S. culture and society.

I also reflect on the role of Hispanic Americans in my own line of work: U.S. diplomacy. This year’s celebration is especially momentous, as we commemorate 50 years of Hispanic Heritage Month.

Celebrating the Past and Present Contributions
of Hispanic Americans to U.S. Foreign Policy

Fifty years ago, I was a young boy growing up in Connecticut, where my mother, a Colombian immigrant, established the state’s first Spanish-speaking residential drug rehabilitation center for Hispanics and Casa Otonal, a senior citizen housing program for Spanish-speaking residents. I have been fortunate enough to spend the majority of my career promoting U.S. interests, developing relationships, and resolving issues in the Western Hemisphere, a region near and dear to my heart. And it is truly an honor to serve as a senior-level Hispanic American U.S. diplomat. Since 2000, the percentage of Hispanic employees at the Department has increased from four percent of the total workforce to just over seven percent. Much work remains to be done, but we are making progress. At an Hispanic Heritage Month celebration organized by the Hispanic Employees Council of Foreign Affairs Agencies earlier today, Secretary Pompeo reiterated the Department’s commitment to expanding diversity and to increasing the number of Hispanic Americans in the civil and foreign service. I encourage you to read more about the exciting work my fellow Hispanic American diplomats are doing around the globe.

Our nation is stronger because of our diverse cultures and communities; and so is our foreign policy. I am not just referring to the importance of Hispanic American diplomats here, but the contributions of Hispanic Americans across the country to the advancement of U.S. policy and development goals worldwide. In his 2018 Proclamation on Hispanic Heritage Month, President Trump stated, “Hispanic Americans help reinforce our relationship with our Latin American neighbors as we work to bolster liberty in the region and achieve free and fair trade with our regional partners.” Hispanic Americans’ close ties to their countries of heritage make them uniquely placed to contribute to these countries’ development through investment, entrepreneurial ties, volunteerism, and philanthropy.

In my position, I have experienced their impact firsthand. In the past year, the diaspora has led the charge in response to hurricanes in the Caribbean and the earthquake in Mexico, in addition to ongoing political crises in Nicaragua and Venezuela. For example, as the U.S. government has repeatedly called on the Ortega government to end the violence perpetrated by government-controlled police and parapolice forces in the recent months, Nicaraguan Americans have lent their voices to the cause. Earlier this year, a small group of concerned Nicaraguan Americans in Miami founded the Nicaraguan American Center for Democracy to galvanize the diaspora’s support for Nicaraguans fighting for their freedom in the face of violent repression by the Ortega government.

Within our region, our close family ties and our common history and values enable the United States and countries in the region to work together as partners to advance security, prosperity, and democracy for all of our hemisphere’s citizens. I saw the power of these relationships play out firsthand at the UN General Assembly, where hemispheric leaders met to discuss ongoing regional efforts to support the Venezuelan people as they seek to restore democracy to their country, and to respond to the growing humanitarian crisis. And just last week, we celebrated a major regional accomplishment, as Canada and the United States reached an agreement, alongside Mexico, on the United States-Mexico-Canada Agreement. This week, the United States and Mexico co-hosted the second Conference on Prosperity and Security in Central America October 11-12 here in Washington, where we discussed joint efforts to address prosperity, security, and governance challenges with leaders from Northern Triangle countries.

As we continue our work to disrupt transnational criminal networks, spur investment and innovation, and strengthen the region’s democratic values, we are committed to continuing to work with the wide range of stakeholders invested in the future of our region, including the diaspora. As we forge ahead with this work, let us pause a moment to celebrate the great progress that we—the Hispanic community—have already achieved across the country, the region, and the world, and the great things we will continue to achieve together.

Hispanic Culture In America – The Positive Impacts Seen Around the Country 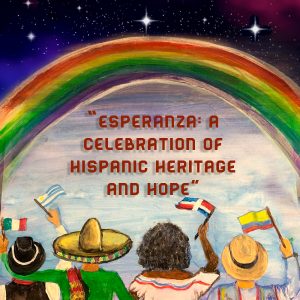